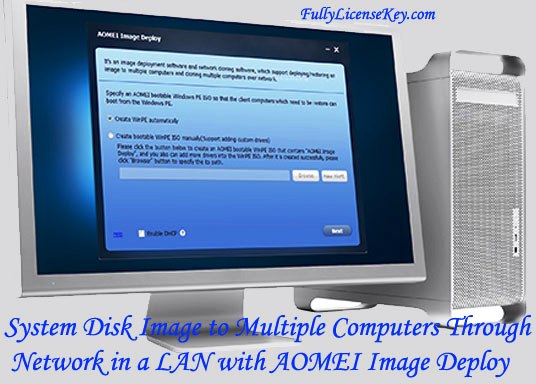 There are two editions about AOMEI Image Deploy, free and technician.

AOMEI Image Deploy Free – It is a freeware for all users and supports deploy image to maximum 20 server machines.

How to Deploy System Image to Multiple Computers at The Same Time With AOMEI Image Deploy?

In the first, you need to start the server by enabling the WinPE service using Image Deploy, then connect all the computers to the same local area network. Now set the ‘Network Boot’ as the boot priority in the BIOS settings. 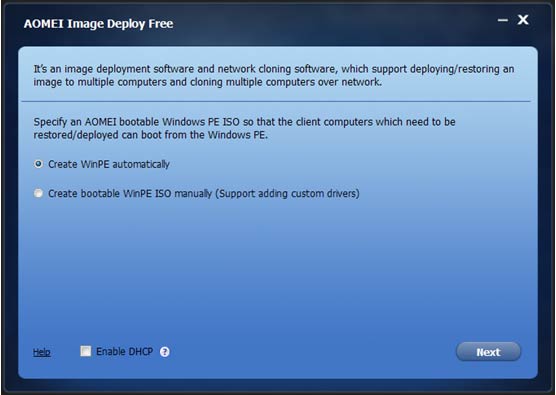 After that, the server interface will display the number of devices currently connected and all of their IP addresses. Check the confirm checkbox and click the next button to select the system image to be deployed to the connection of equipment. You can creat the system image by AOMEI Backupper, because no other backup images are supported yet.

Then select the computers you want to install the system image to and hit the ‘Start Deploy’ button. You will finish all the operation.

AOMEI Image Deploy will not only a free solution to deploy your system image to multiple computers within LAN, but also help you to save time and resources by provisioning hundreds of PCs and Servers. AOMEI Image Deploy entered in AOMEI Technology in October, 2016.

AOME Technology is a software developing company that mainly professional committed to the disk partitions, resize partition, merge partition, clone hard disk, data backup, cloud disk management,etc. They have two famous products are AOMEI Backupper and AOMEI Partition Assistant. AOMEI Backupper is a PC backup software that can help you backup system and boot partitions to an image file perfectly. And AOMEI Partition Assistant is a free partition software to manage your hard drive and partition without data loss. Want to know more about their other products? You can go to their official website: