I think Microsoft knows Windows operating system is not perfect, so it developed Windows PE as supplement of it. Full name of WinPE is Windows Pre-installation Environment, with which, you can do many things. However, the original Windows PE also has many limitations, that’s why we need third-party software – AOMEI PE Builder as alternative to it. 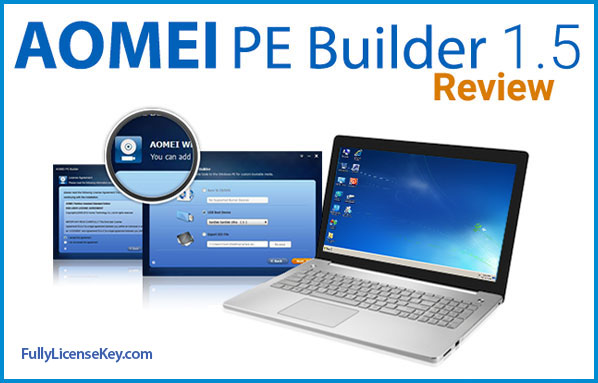 AOMEI PE Builder is a freeware. It has a visualgraphical interface,and its created environment is familiar to Windows 7’s desktop. To use it, you don’t need to install AIK/WAIK. What’s more, AOMEI PE Builder integrates a series of useful utilities and allows you to add more tools and drivers to make a customization bootable environment. It supports several bootable media. Then I will show you steps of using AOMEI PE Builder and let you know its advantages deeply.

How to use AOMEI PE Builder

Download, install and run, its main window as following picture shows. The main interface is an overview of AOMEI PE Builder too. Just click the yellow button – Next to continue. 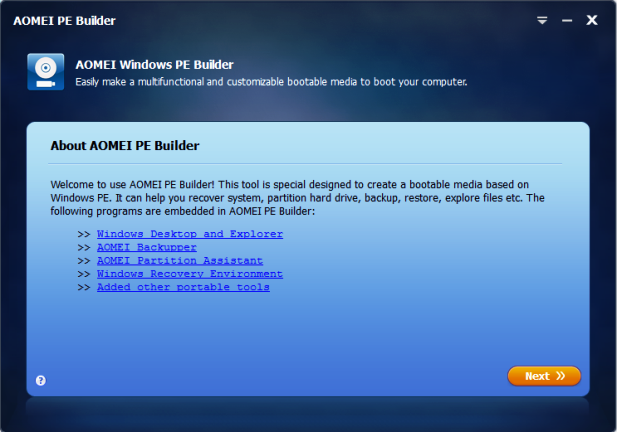 The second step: AOMEI PE Builder detects your system is OK to create the bootable media, click Next again. 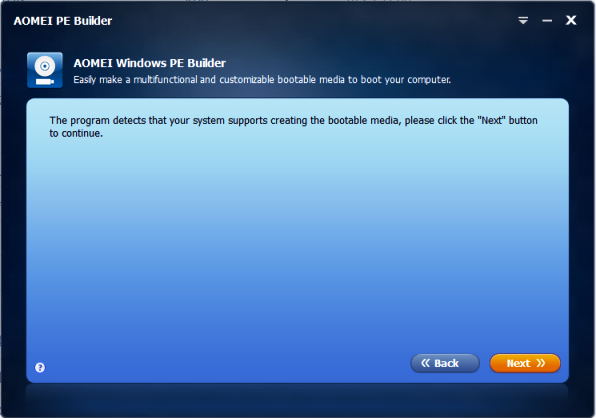 The third step: choose AOMEI PE Builder’s inbuilt applications, add other portable tools and drivers according to your needs. By the way, AOMEI Partition Assistant Standard and AOMEI Backupper Standard are in the environment by default. 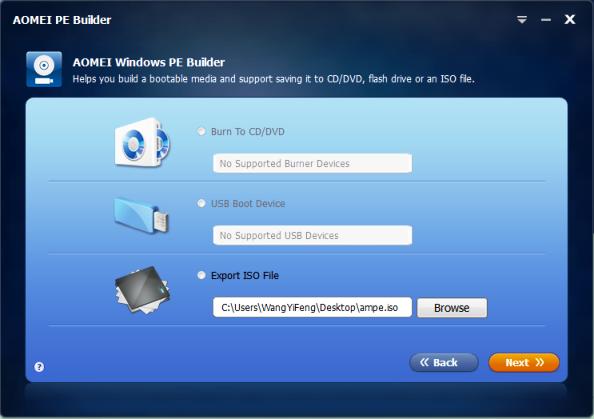